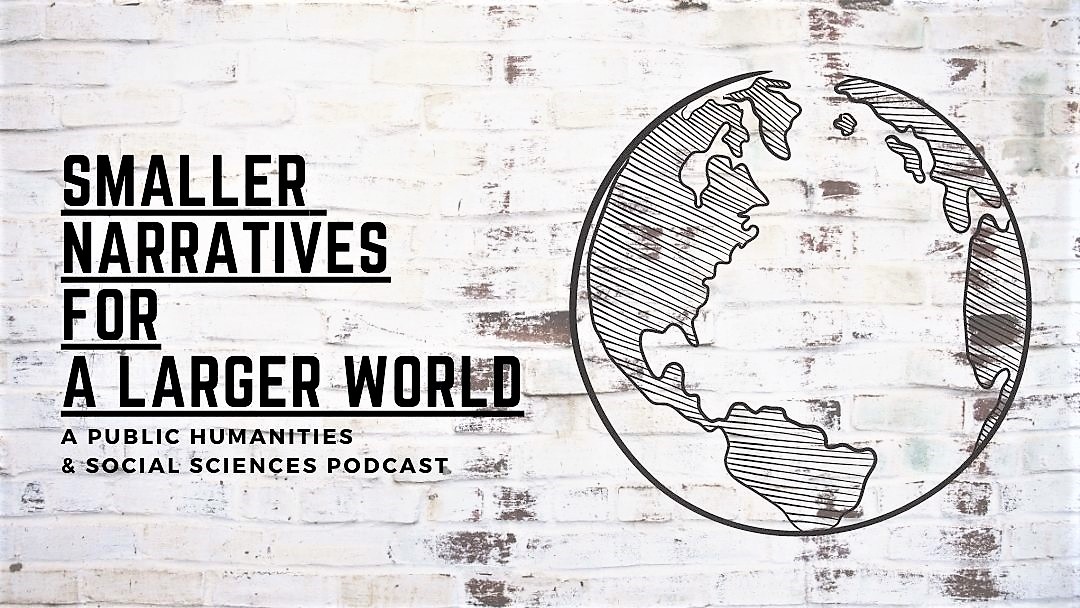 Smaller Narratives for a Larger World

More about the hosts:
Lauren M. Pearce is a doctoral student in the department of Anthropology at Binghamton University. She received her M.Ed. from Vanderbilt University in Community Development and Action and, previous to that, worked in the criminal justice field. She specializes in inequality, specifically in academia and scientific fields, with a focus on racism and sexual harassment and assault, but has conducted research on social determinants of health (SDOH), neocolonial economic development, social mobility impacts of education systems, and trauma-informed care.

Alan Palacios is a Fulbright scholar from Argentina and a graduate student in Comparative Literature at Binghamton University. He was a member of the Cátedra Literatures of the South. His research interests include creative writing and critical theories-practices that can help to build resistance to oppressions of race and sexuality in particular. He does not want his nephews to grow up in a world like the one in which his and past generations were raised, without company to help make sense of it. He loves sending voice messages with poetry to friends and dancing while preparing breakfast.

Gillian Kenah is a master’s student studying English at Binghamton University. She received her bachelor’s degree in English and Spanish from Binghamton University in May 2020. As a recipient of the Dr. Ellyn Uram Kaschak ‘65 Summer Research Grant, Gillian conducts research on women’s online self-representation, interrogating the intersection of identity, race, and gender politics on Instagram. Her work reflects an intermixture of digital humanities and psychology, with the goal of examining cultural narratives and their layered implications regarding themes including online visibility, online activism, and allyship among others.

The ORB is an open platform to share and discover scholarly and creative works affiliated with Binghamton University.